More demonstrations grip Egypt and with it is more violence. Much of it by Muslim Brotherhood protesting – an odd use of the term for what they do – and some by government trying to put down the revolt.

Something is missing in connecting the dots. At the time of violence and unrest, Christian churches are being attacked. Churches were burned across Egypt.

Egypt has some explaining to do

Kafr Hakim, Egypt (CNN) — For 67 years, the Virgin Mary Church has been a peaceful refuge for Shenouda El Sayeh, much like the Giza province village of Hafr Hakim where it rests and where he has lived all those years.

But, as he swept its floors on Thursday, it was painfully obvious things had changed.

The night before, a mob — chanting against Coptic Christians such as El Sayeh and calling for Egypt to become an “Islamic state” — had torched and looted the Virgin Mary Church.

“I didn’t expect this to happen,” El Sayeh said.

He’s not alone. Christians all around Egypt are cleaning up in the aftermath of a spate of attacks, which not coincidentally came on the county’s deadliest day since the 2011 revolution that overthrew longtime President Hosni Mubarak. [/..]

Now what does not make sense is the Muslim Brotherhood are in protest against the government and military. So they go burn Christian churches. Muslim Brotherhood is in revolution and vowing to fight till death. So the natural thing to do is go light churches on fire and terrorize Christians?

What is their rationale? This just proves the way it is with Islamist Muslims. So in a revolution for control of the country, the immediate reaction is to burn Christians and churches out. No, not all Muslims but it doesn’t have to be all.

Of course, this would make perfect sense only to the Muslims. They are also burning Christian books and bookstores. Where is the logic? Apparently logic is not required. The only explanation is they are Muslims and Islamists. This is the Muslim Brotherhood called moderate by US officials. So this is moderation?

**Here is a compiling list of Christians and churches etc. attacked just since August 14th.

But this is not a new problem If there are “moderate elements,” in Hezbollah, from the perspective of the Obama administration, Hezbollah’s Sunni jihadist counterpart – the Muslim Brotherhood – is downright friendly.

On February 10, 2011, Obama’s Director of National Intelligence James Clapper made this position clear in testimony before the House Select Committee on Intelligence. Clapper’s testimony was given the day before then Egyptian president and longtime US ally Hosni Mubarak was forced to resign from office. Mubarak’s coerced resignation was owed largely to the Obama administration’s decision to end US support for his regime and openly demand his immediate abdication of power. As Israel warned, Mubarak’s ouster paved the way for the Muslim Brotherhood’s ascendance to power in Egypt.

In his testimony Clapper said, “The term ‘Muslim Brotherhood’ is an umbrella term for a variety of movements. In the case of Egypt, a very heterogeneous group, largely secular which has eschewed violence and has decried al-Qaida as a perversion of Islam. They have pursued social ends, betterment of the political order in Egypt, etc.” 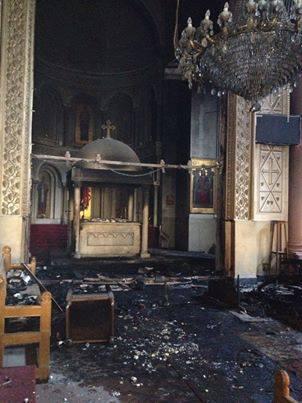