Crazier than crazy, this is why Democrats should not have an ounce of credibility from anyone. This took my seething disgust level to a historic high, which is hard to do. 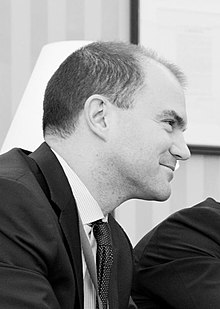 Rep Jason Chaffetz held a House hearing about the Ben Rhodes lie doctrine and his lengthy interview with NYT Magazine. But what happens is totally in your American face.

Rhodes for his part refused to go to the hearing, even after laying his whole case out, how the fiction writer describes it, on what the administration did in creating the Iran deal.

Democrats turn it into a hearing about the Iraq war and WMD — remember their most favorite acronym of all time. Who knew that Valerie Plame, Scooter Libby, yellow cake would be a viable defense for the deception and lies of the Iran deal?

Lets forget for a moment that the Iran deal was wrong all the way around. That it was the product of 3+ years of lies and obfuscation to avoid Congress; that it went right by Congress and was mischaracterized as to what it even is. But that is what we’re supposed to do: forget all the Art of Deception and lying Obama and Democrats are engaged in.

They did have John Hannah as one witness. The Democrats spent nearly all their time questioning him about his participation in Dick Cheney’s office in the lead up to Iraq. But never mind that the Iraq issue went through Congress, kept Congress informed, then it even voted on the authorization.

To recap, Democrats got their hearing …. the one on Iraq and WMD. (fundraisers probably going out as I write) Republicans had a hearing — between injections of Scooter Libby, Iraq, WMD, yellow cake, Valerie Plame, Colin Powel and Dick Cheney — on the Ben Rhodes expose about the construction of the Iran deal, hard as it was to fit that in with time constraints and all.

But how many times has that happened where Democrats hijacked the hearing process into something else? As true obfuscators of reality, they continually hide, deceive, and conceal truth from the American people and rely on repeating their talking points.(true or not) Politics is the motive, so some believe. To make the worse worser, the administration did not even want Congress’s oversight in and on the deal.

The only thing you can conclude from Democrats’ convoluted position is that if Iraq and the WMD was such a debacle, then that somehow mitigates what the administration did creating the Iran “art of deception” deal. So there is no rational reason now for looking into the deception and unconstitutional Iran agreement, even if Rhodes has been out boasting about the deceit involved in the Iran deal.

When Rhodes talked about his ‘compadres’ in the press he reaches out to, he reveals something more. This has been a pattern of Democrat WH operatives since the 90’s when Clinton advisers tipped off, directed or redirected reporters on what they should be covering or how. This came out in testimonies of the Clinton scandals.

The Obama administration lied repeatedly to get the deal done. But that is its pattern: lying about Obamacare, lying on Benghazi, then on the Iran deal from the start. And Democrats framed it as a binary choice that it was war on Iran or this deal, when this deal was the most flawed, subversive thing they could ever create even if they tried.

Now Dems can be ecstatic that, in the end, the focus was more on the Iraq decisions 14 years ago than on Iran. At least the opening statements of the witnesses and a few of their questions were related to the Iran agreement, not Iraq.

Sincerely disgusted. I can hardly wait to see what Ben-fiction-Rhodes will be writing about his time in the administration. Will they eat that up?

From the NYT piece that spawned the hoopla over the Iran deal:

He [Rhodes] expressed a deep personal hopelessness about the possibility of open, rational public debate in a brutally partisan climate. But didn’t the country deserve better? I kept asking him.

Must be sort of a self-imposed hopelessness since he didn’t even want to share details with Congress. Dang schedules and executive limitations that disallow such, while they do allow for countless hours of self-gratified elaboration to a reporter on the topic. But apparently Congress is off executive-privilege limits, unfortunately.