That’s something Christie should have thought about, say about 2 months ago when he seemed to be riding high after his second gubernatorial win in NJ.

Yep, that euphoria then probably feels like a distant memory to him now, on the heels of not one but two investigations cranking up in a midterm year. Even the optimistic Christie has to say “wait a minute, it was only a few short months… I’m just being sworn in to my 2nd term.” Yep, and that’s the way it works.

He pulled no punches in criticizing conservatives and Libertarians even in his election year bid. He went out of his way to cast stones. He claimed to have friends all over. Now he has two mounting investigations strapped to his back and no one is rushing to his defense. He might ask “how did all this happen?” And he might also ask “why me?”

If it were others like Ted Cruz or Paul under fire, I doubt the well-rounded Jersey boy would have time to run to their aid. But since it is him, “oh pity me.” At least he can count on GOP central who helped prop him up among the establishment. Those others can’t!

I’m going to try something different. I’m a little tired of talking about Obama, the greatest threat to freedom and the Constitution this century. He gets his share of time, and everybody can’t seem to stop complaining about his daily assaults on the country.

So today I’m making an exception. I want to talk about the other major problem, the one who gets almost as much criticism as King Barry. Well, its not one person but a group. No, I don’t mean the Islamic Jihadists. It is even a greater target of criticism than that.

This time I want to talk about that group that is always in season. No matter how much criticized, there can not be enough time or energy focused on them. It never gets old attacking them. It is a daily if not hourly task and there still can’t be enough said about the subject. I know you are getting real warm now and ready to boil.

Okay, pardon the generalities and don’t mind my broad-brushing them because who cares about them anyway? I know I’ll be granted wide berth here. It is simply those regular folks out there. Yea, your stereotypical conservatives, regular Joe’s, libertarians, Republicans, the evangelicals, Christians, right-wingers, cultural conservatives, social conservatives, value voters, Black conservatives, moral majority, white conservatives, vast right-wing conspirators, homophobes, Tea Parties, neo-cons, business owners, on and on, activists et al. I know I left some out. I want to refer to all of them by one label. What shall it be? I’ll just generically call them “the problem”, when I’m referring to their whole lot.

Now, I started by asking myself some central questions: Why is it always an opportunity to criticize or attack the “problem”? Why can there never be enough animosity or scrutiny directed toward this group? Why do their actions and motives always deserve the toughest scrutiny we can muster? Why is what they do always suspect even if they explain their motives? Why do we need to probe any differences between sub groups? Dice, sort, and compare them any way you like.(no rules)

And no matter what they do and say, why do they need to be examined under a microscope using the toughest standards? No, I don’t attempt to answer these questions, nor should you. Suffice it to say that is just the way it is. Let’s just agree on that. And that is the starting point. It doesn’t demand volumes of proof. It’s just the way it is…. an established phenomena. Why do these toughest standards only apply to the “problem” group. And why aren’t they routinely granted some benefit of the doubt, like others?

See you won’t get disagreement that they deserve serious scrutiny, and they do get it. Even within the “problem” group, many of its members will take them to task any time they see a good opportunity. The “problem” is a universal target for anyone.

Moderates, RINOS and liberal Republicans are also part of “the problem” –fodder for critique based on association with the whole — but the same standards do not apply, and they are not subject to the same results in the end. We can be less critical of that sub group. They must be included for relative criticism of others.

Remember Reagan and his 11th commandment?

While popularized by Reagan, “The Eleventh Commandment” was created by then California Republican Party Chairman Gaylord Parkinson. In his 1990 autobiography An American Life, Reagan attributed the rule to Parkinson, explained its origin, and claimed to have followed it:

“The personal attacks against me during the primary finally became so heavy that the state Republican chairman, Gaylord Parkinson, postulated what he called the Eleventh Commandment: Thou shalt not speak ill of any fellow Republican. It’s a rule I followed during that campaign and have ever since.” – Reagan

The goal was to prevent a repetition of the liberal Republican assault on Barry Goldwater, attacks which contributed to Goldwater’s defeat in the 1964 presidential election. East Coast Republicans like Nelson Rockefeller labeled Goldwater an “extremist” for his conservative positions and declared him unfit to hold office. Fellow Republican candidate for Governor George Christopher and California’s liberal Republicans were leveling similar attacks on Reagan. Hoping to prevent a split in the Republican Party, Parkinson used the phrase as common ground. Party liberals eventually followed Parkinson’s advice. 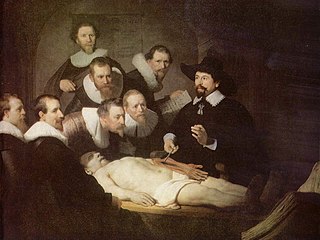 It is not a new phenomena either. There’s been a feud among Republicans for many decades. It plays out frequently, in campaigns, primaries, conventions, among Republicans, on the airwaves, and in news media. Now it is just a given fact, like gravity. It is accepted and anticipated by every political pundit and strategist, even trying to play/use it to their advantage however they can. It’s a favorite pass time to examine the right.

Better yet, its a game everyone can play. It is called smack the right. Left-leaning and liberal Republicans love to play it, even right-wing conservatives indulge. (also contagious) It’s a group sport or an individual one, whatever your preference. It’s something like whack-a-mole. But anything is fair game. Whatever comes up, as long it is in any way part of that “problem” group: attack it, probe it, question it, hold it to any level of accountability you want. No rules, really, just do it – the more the better. Make a career over it. Really, who cares? Yes, the Left can play right along side the Republicans, conservatives, and moderates. Attack, attack, get the message? Question anything at all as often as you can. Compare and distort, who cares?

Many Republicans and the “problem” group repealed the 11th amendment long ago, if it was ever ratified to begin with. So they do the same.

Now I’m not a fierce adherent to the 11th commandment myself. I take my shots when justified. But for some of us with wiser scrutiny about it, our justified complaints are depreciated by the mountains of attacks or criticism from everywhere nowadays. You can do it wherever and whenever the urge strikes. Don’t worry, you will never be out of place or shunned for it. It is acceptable across the spectrum. Scrutinize the “problem” — and the problem with anything always comes back to this group, somehow.

Why is it that, no matter what the current problem/issue, this group deserves blame or is labeled the real “problem”? Again, no answer, its just the way it is. All problems are directed back at them because, somehow or another, they are the problem. And conventional wisdom is you cannot deal with any issue without dealing with them, or taking aim at them. So they are dragged into every issue and every battle like a hostage. Who else gets the ire, the criticism, suspicion, and sheer attention this problem group gets? What other segment demands that treatment?

They’ve turned the process (for lack of a better word) into a self-fulfilling prophecy. Through all the blame and critique of the “problem” group, they have really become the one universal problem. Only not in the way that all the critics see it. It has so divided the “problem” that no one within it can unify and agree. You have to believe that was a chief ojective by some all along. If there is no unification, then there can be no unified action coming from them. Thus, they are not a unified political threat either. This is contrary to what we see in the left. They will always unify over the worst, leftist positions. Its a natural habit for the cultural Marxists.

Just to contrast all this with the progressive Left. It operates on what I call the Gestalt principle, meaning the effect or momentum is greater than the sum of its parts. On the right, the effect or momentum is only as great as any of its smaller parts. Even where several of the parts agree, the differences are emphasized. And the strength thereof lasts only as long as the differences do not win. The left could unify over a crap sandwich, and often does. (…for the sake of it)

Gestalt (Webster) – psychology : something that is made of many parts and yet is somehow more than or different from the combination of its parts; broadly : the general quality or character of something