The Russian leader who tests the West 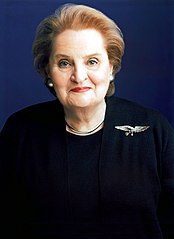 In 2008, in these same pages, I wrote that Putin would “remain an irritant to NATO, a source of division within Europe and yet another reason for the West to reduce its reliance on fossil fuels.” I was wrong. It’s worse.

Through his illegal actions in Ukraine, Putin has reminded us that leaders of great countries are most dangerous when they make up their own facts. Putin’s worldview is colored by toxic fictions.

Putin’s ultra-nationalistic instinct has upped his poll numbers, but his increased influence will be temporary. Russia has acquired territory but lost credibility. Putin has bought himself a pile of problems at the cost of the international ties Russia needs to prosper. He has betrayed Russia’s best resource — its people — who will eventually realize his rhetoric is nothing more than a fantasy inside a delusion wrapped in a tissue of lies.

To some, Putin has “won” Crimea. Will he recognize his “victory” is Pyrrhic — or try to repeat it? History is filled with aggressors who triumphed for a moment. Then failed.

Albright served as the 64th U.S. Secretary of State

This was hailed by Bill O’Reilly as a great, short hard-hitting piece. Not sure why.
With the formalities out of the way, as they say, time for a closer look. Sure, Putin’s poll numbers support him, not that it matters to him. It’s up to him and the Kremlin what they do with that popularity.

Putin would “remain an irritant to NATO”? That was so prophetic. Even if he got in NATO he’d be an irritant. He’s a spur in the West’s heel, but what is new? Putin’s rewriting of the Russian Constitution was a big help and say nothing of his calculated political maneuvering. He might not quite be a Clinton, but you get the idea.

Who could not have predicted that at some point he would once again be a big problem for the West? Yet here it is in living color, almost on cue. Good for Madeline speaking up, for what it’s worth. Now the only persons who would have been surprised by Putin’s behavior were Obama and his circle of enablers. They were in cosmic denial from way back.

When Mitt Romney mentioned Russia in the debate, Obama went to ballistic snark attacking him for it. Then said the 80’s wants their foreign policy back as a punch line. See no evil, hear no evil… It is a pattern for them. So nice that Albright speaks up but apparently not to the right people, ahead of time. Sure its easy to point out now how Putin was a predictable problem, but she’s preaching to the choir, after the fact.

Romney Told Obama “I’m not going to wear rose-colored glasses on this, when it comes to Russia or Putin.” Romney also was treated to a snarky scolding about horses and bayonets. Albright said:

“Russia has acquired territory but lost credibility. Putin has bought himself a pile of problems at the cost of the international ties Russia needs to prosper.”

Sort of specious reasoning. “Acquired territory” equals credibility to Putin, no matter how you got it. All that matters is expansion. Diplomacy or other domestic policy concerns come in a distant second. And then it will be used to negotiate for further gains.

Now I know Albright is a respected diplomat, but does she not understand that? Or is she just trying to spin the web of explanations after the fact? Maybe they can create an exit strategy that will work for Putin? That must be it, they just didn’t stumble onto the right combination of appeasements yet. Turns out this is another empty shell, CYA statement. Might as well seek advice from the broach.

If he’s “testing” the West, then what grade does the West get?
RightRing | Bullright