Thanks to Fox comes this article on Bidenflation and Bidenomics.

“Biden loses control of inflation, and the trust of American people — Americans have lost faith in government, leading to The Great Distrust”

I call it The Great Distrust. Simply stated, Americans have lost their confidence in our leaders, our institutions (think FBI, Congress, public education, CDC etc.) and, most especially, our president. We are trying to keep our balance on an ever-shakier foundation, trying to move forward as the pillars of our country are eaten away by a rising tide of political discord and dishonesty. 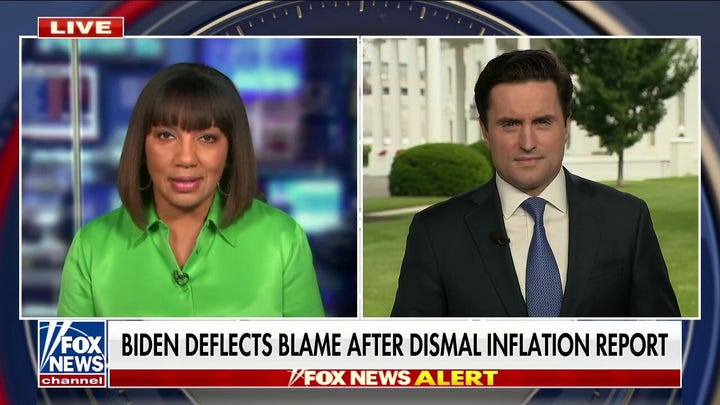 At the heart of that corrosion: President Joe Biden
Consider Biden’s recent speech at the Port of Los Angeles, where he addressed inflation which he alternately called his “top economic priority” and “Putin’s tax on both food and gas.”

“First up, is not admitting that spending $1.9 trillion from the Democrat-only American Rescue Plan ignited inflation.

[*Then telling us he will now decrease the budget deficit by 1.7 trillion. ]

When Biden signed that bill, spewing hundreds of billions of dollars to Americans sitting on $2.5 trillion in excess savings, the country was growing at 6% and recovering rapidly from the COVID-19-induced downturn. Biden claims the economy was on the brink of recession when he took office and required the lavish handouts; that is not true.”

Welcome to Biden’s Amerika. Lying is the specialty.